More than a third of Australians are suffering right now from bunions, one of the most common—but most painful and unsightly—afflictions treated by foot doctors. A bunion is a bony swelling on the base joint of the big toe, which causes arthritis and shifts the big toe inwards and towards the second toe over time. 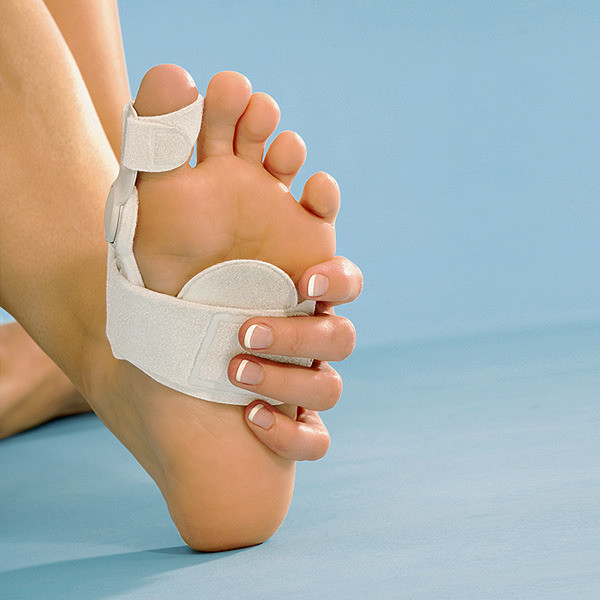 Bunions can be caused by several factors, including hereditary softening of the foot ligaments, and wearing poorly fitting shoes. They can lead to problems with walking, as well as back and knee pain, and they get progressively worse over time—which is why it’s important to treat them properly.

Apart from conservative management, surgery is the only option for treating bunions, and traditionally it has involved making long incisions in the foot to access the bones, tendons, and ligaments that are then repaired and realigned in an extensive surgical procedure.

Bunion surgery has always involved long recovery periods where patients aren’t able to walk on their affected foot for up to 3 months or more. But new keyhole surgery technologies have been developed, and we are now offering minimally invasive treatment for bunions—with shorter surgery time, less pain, faster recovery, and better long-term results.

There are risks in any surgery, including those from the general anaesthetic used to put the patient to sleep. The surgeries themselves also have their own inherent risks, and generally, the longer the surgery, the more risk to the patient.

There is also more pain with more extensive surgeries, because more work must be done to access the part of the body that needs to be repaired—which is why keyhole surgery was developed.

Minimally invasive bunion surgery uses keyhole access—just a 5-10mm incision in the foot instead of the extensive opening of traditional surgery—to access and repair the bone joint.

The technique involves much less soft tissue and bone dissection, which means shorter surgery time, and less risk for the patient.

Bunion surgery used to mean a lot of pain. Patients would suffer from their wound site, which was large and deep and took a long time to heal.

They also suffered a lot of pain which prevented them from using their affected foot at all for some time, and reduced their mobility when they were finally able to weight bear on it again—which in turn caused pain to the knees and back.

Minimally invasive foot surgery involves a lot less surgical damage, which means a lot less inflammation and pain. Patients can go home sooner, and can walk on their foot sooner, which prevents pain in the rest of the body from compensating for the foot.

One of the main problems with traditional bunion surgery is wound healing. It’s difficult to manage an extensive surgical wound on a part of the body that is used so much—and that’s also prone to candida and other infections—so there are many opportunities for wound healing to be compromised or delayed after open bunion surgery.

By contrast, minimally invasive bunion surgery typically results in a very small wound, so the risk of infection is reduced, and there is less tissue to heal which dramatically reduces recovery time.

Patients also suffer less inflammation, less scar tissue build up, and less pain, so they can usually go back to wearing shoes in as little as 2-4 weeks, as opposed to 3 months for traditional surgery. 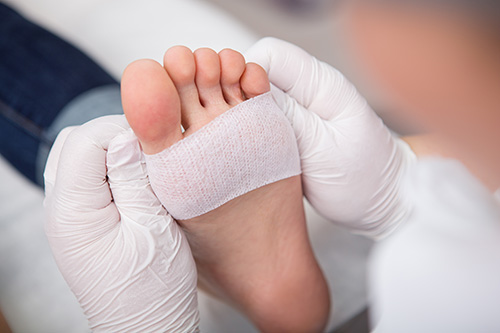 Traditional bunion surgery leaves large, unsightly scarring on the foot. Because the surgery involves extensive dissection of tissue and bone, there is usually a significant amount of scar tissue build up that affects the appearance of the foot and contributes to pain over the long term.

Keyhole bunion surgery results in a very small scar, only a few millimetres long. Because the surgical incision is so small, there is less opportunity for irregular or deforming tissue to accumulate as it heals, so the scarring is usually barely noticeable and can even fade over time.

As long as there are no complications or individual factors influencing the procedure, minimally invasive bunion surgery only improves the cosmetic appearance of the feet. 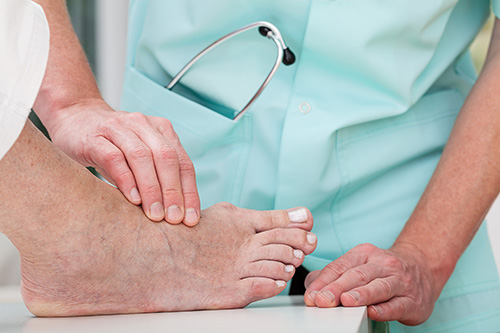 Perhaps the most important of all the benefits of minimally invasive bunion surgery is the improvement in the long-term outcome for the patient. Traditional bunion surgery involves extensive work on the bones, ligaments and tissue of the foot, and it’s not unusual for it to cause a significant loss of mobility due to the scarring along the incisions—which makes many doctors reluctant to recommend the surgery at all.

Minimally invasive bunion surgery typically delivers a good range of motion over the long term, and because it eliminates damage to the tissues crossing the toe joint, there’s usually no stiffness at all.

The chances of the bunion growing back after keyhole surgery are also lower than for traditional surgery. It’s likely that as more orthopaedic surgeons train in minimally invasive surgery techniques, they’ll become the gold standard for bunion treatment, as they have for other surgeries like appendectomies.

Until then, if you’re considering this new treatment option, it’s important to choose a skilled and experienced orthopaedic surgeon.

Brisbane bunion patients can contact Greg Sterling Orthopaedics anytime for more information—we’ll be happy to show you how Dr Greg Sterling can safely reduce your pain and restore your foot function with the latest surgical innovations.